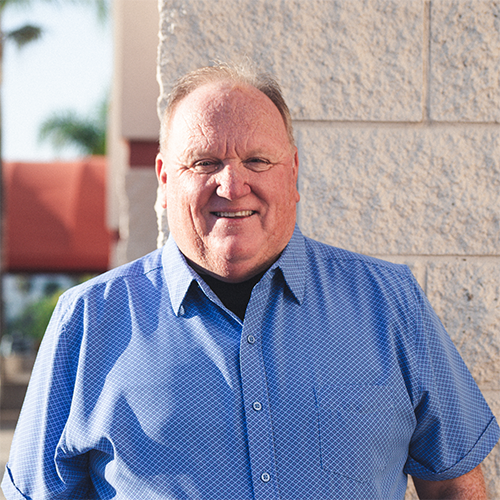 Pastor Jerry and his wife Pat have been in the Sonrise family for over twenty years. In April of 2019, he joined the Sonrise Pastoral team. He loves being on the team and serves Sonrise in many diverse ways. Pastor Jerry represents us in the community by getting involved with organizations like the Pregnancy Care Clinic, in which he is on the Board of Directors. He also leads the Sonrise partnership with the Santee Food Bank. Wednesday Nights, Pastor Jerry teaches verse by verse through a book in the Bible, and on Sundays, he teaches our new members class- What’s Next. Sonrise understands we all hit a rough patch in life, and sometimes we need someone to help us figure things out. With God’s help, as the Pastor in charge of Benevolence, he helps people figure out how to get beyond their rough patch. In 2001, Pastor Jerry received his Bachelor of Science Degree in Business Management from Christian Heritage College in El Cajon. When he’s not at church, Pastor Jerry’s favorite things to do are long drives with Pat, Golf, and watching Ice Hockey on TV.