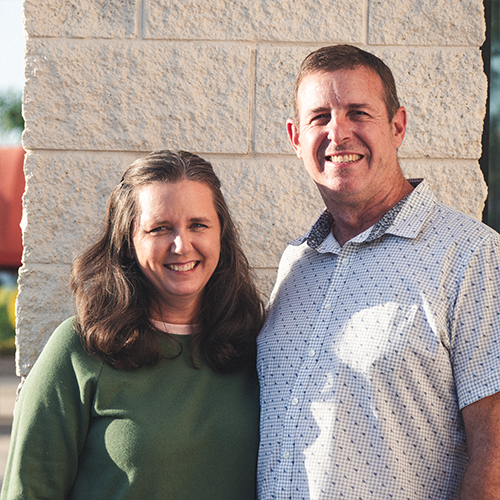 Gene and Rochelle have been members of Sonrise since 1991. From day one, they fell in love with the people, pastor, and principles. Gene immediately began to serve on the usher team, and when Sonrise relocated to Via Orange Way, Rochelle joined the vacuum ministry. They’ve been serving ever since! In March 2020, Gene and Rochelle said, "Yes!" to overseeing Connect Groups. They love facilitating the fellowship created through the Connect Group Program and watching people become members of the Sonrise Family. Gene and Rochelle have three children- Sarah married Hudson Knox last October, and they reside in Bremerton, WA, where both of them serve as youth pastors. Ricky attends Grossmont College and works as a supervisor at Home Depot. Gene likes to eat ice cream for dinner, most notably, Creamwich sandwiches, and Rochelle LOVES jokes, especially corny dad jokes.